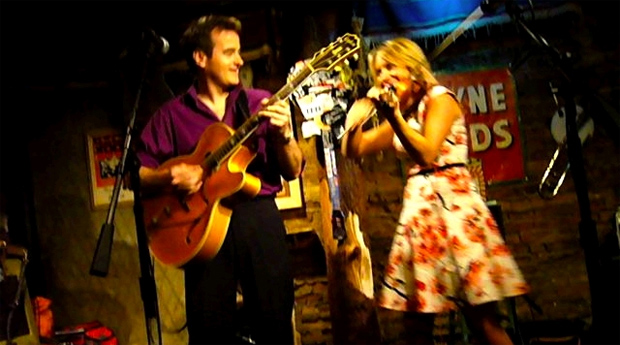 Add to Cart
Just let me download it now!

How cool is that.

I will be there !

I see the sneaky little horse half hidden as he hitches a ride on the back of another horse.

Cowboy Poetry is really cool. But you guys are the coolest

Did you decide to keep the Elvis songs in the 2nd act ?

That's a clever photo to go along with your "getting packed up", Elana. Do you have your fiddle in that pack somewhere?

Amazing event. I got to attend one year

Fond memories of playing it with y’all one year

That's a fantastic shot, my friend!

Great to see you in Berkeley!

Did your Nebraska Or Kansas City gigs get rescheduled yet? We have missed your shows since leaving Texas 6 years as go. Too long!

I would love to go there! Enjoy! Your blessed to get to go!

I’ll miss you this year. Had my tickets. Broke my arm so I’m grounded. It will be a great show.

Have a wonderful time

❤️Most people have heard of Koko, the gorilla who could speak about 1000 words in Sign Language, and understand about 2000 in English. What most people don’t know, however, is that Koko was an avid Mister Rogers’ Neighborhood fan. When Fred Rogers took a trip out to meet Koko for his show, not only did she immediately wrap her arms around him and embrace him, she did what she’d always seen him do onscreen: she proceeded to take his shoes off.
More photo/info: bit.ly/3hiXUNz ... See MoreSee Less

I saw Mr Rodgers once in NYC at a play on Broadway. He was in the audience like me.

I love the gorillas. Just don't Google their diet.

Our (Hot Club of Cowtown) last two shows are this weekend...tonight in Lone Tree, Colorado at the Lone Tree Arts Center, and tomorrow in Berkeley, CA at DjangoFest at the Freight and Salvage. Grateful for the shows, for you all coming out, and to be playing music these days. Hope to see you this weekend if you're nearby. ... See MoreSee Less

"Workin' on the rail-road sleeping on the ground, Eatin' saltine crackers 10 cents a pound..."

Nice photo of the two of you

Break a leg! I'm stuck here in Portland, dang job... My apartment allows dogs, though, if Lupa is traveling through. 😉

Hope you guys come back to Portland OR next year :)

What a beautiful dog, Alana. Is he/she a Huski?

KC friends, Nebraska friends, Minneapolis friends....inviting you personally to these shows! A little something different, that I think you will like! ❤️ ❤️ ❤️

TONIGHT!
Our awesome co-bill tour with Tyler Hilton playing Sun Sessions Elvis songs continues at the Dakota in Minneapolis. Tomorrow we brave the whopper snow storm to be down to the Zoo bar in Lincoln--the first time we'll ever have played there!--and then on to Kansas City on Thursday night. We'd love to see you all for these special shows....! ✨⭐️🎶🔥

It was a great show. It was fun to watch the interactions between you all and Tyler.

Your Illinois friends miss you...thanks for the great music this past Sunday !!

Very much enjoyed your first set at COD, and Tyler's second set, it was different but very good !

Already have my tickets for KC.